The Football Sweepstakes involves the last 10 weeks of games played by the NFL this season – games that will be played between late October through December/January. Donation is $20.00 per ticket.

The 23 winners are determined by ticket holders with the four teams that score the most – or the least – number of points in that given week of games.

The scores from the previous week’s games are used for teams that are not scheduled to play on any given week. A winners’ list will be posted on www.fundcrazr.com and www.kofcohio.org – Password is going to your ticket number. 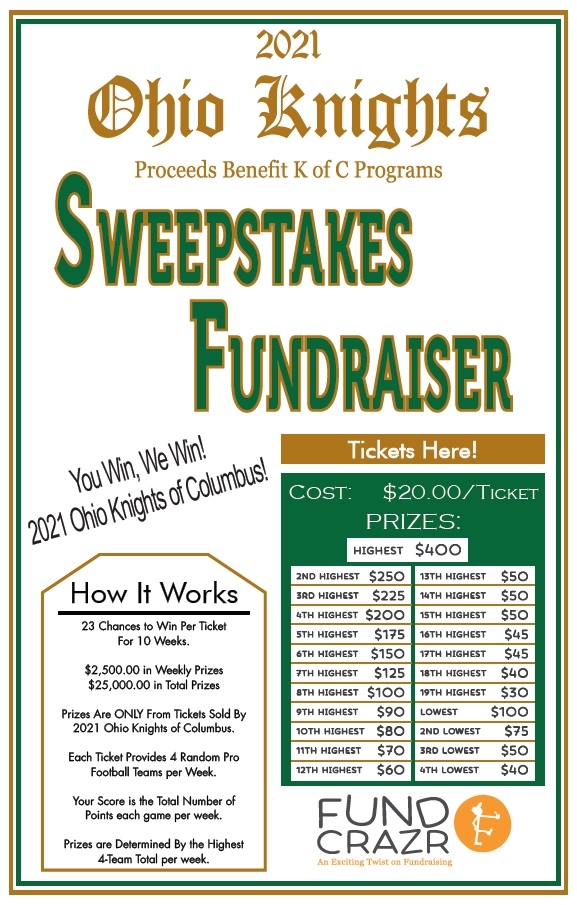 Please make your Council checks payable to the “OHIO STATE COUNCIL, K OF C FUNDRAISING” and send to: